This fabric ( a synthetic vinyl) was another of those "I have to have some of that" purchases.  I was originally thinking of making a jacket out of it, but then I realised I don't like wearing jackets out of  vinyl fabric, they're just not that comfortable.  So instead the fabric just sat at the bottom of the stash for a couple of years.

But then I was looking for some fabric to make a new pair of shoes out of - and well what better than this fake snake skin in lime green. And I have to say I love these shoes.  They are not the best shaped shoes that I've made, but they are close. 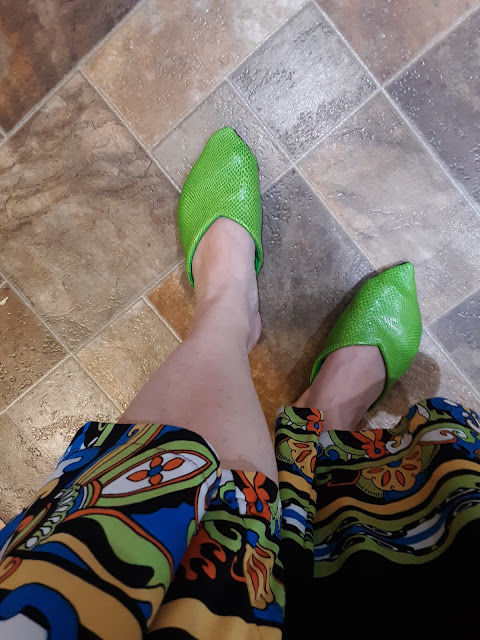 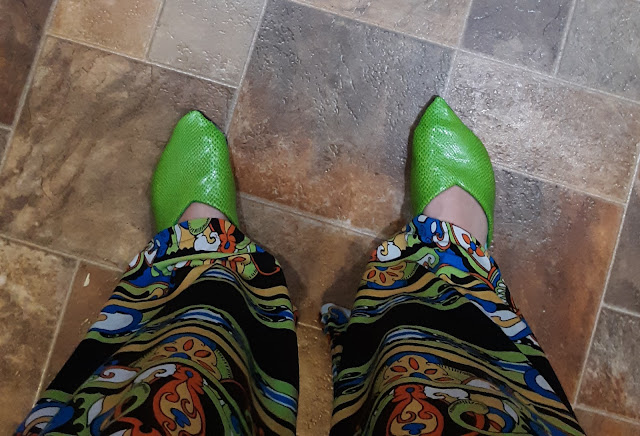 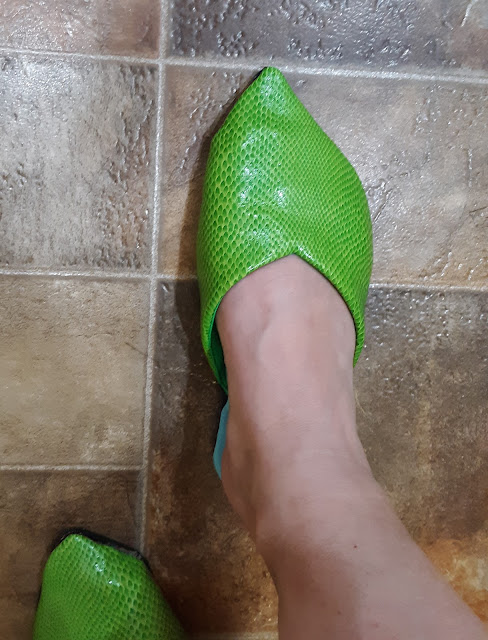 One day I will have this shoe patterns down perfectly,  hopefully next time. But in the mean time I'm going to enjoy wearing these shoes everwhere.

Once my shoes were done I knew that I had to continue - that last wallet I made didn't turn out that great - my cards keep falling out of it, so I decided it was time to make a new wallet too.  It took me two attempts to get the inside cards slots to work correctly, but I got there in the end and I am in love with this wallet.  It's perfect in every way. 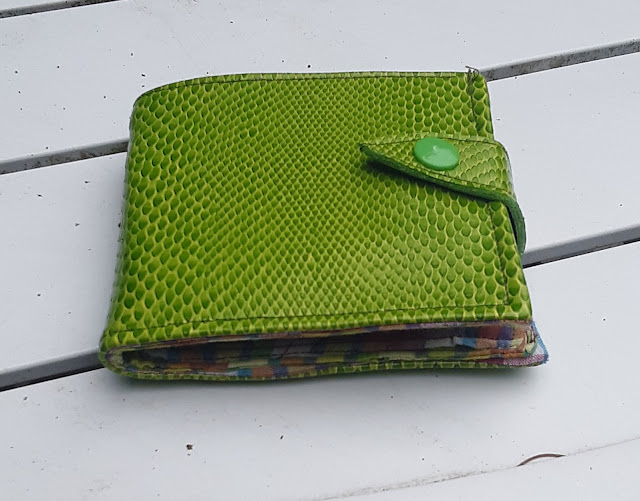 Last but not least was a small shoulder bag.  I made two major mistakes when making this.  The first was sewing the strap inside out and then trying to turn it. I was able to do it eventually, but it wasn't easy.  The second was the flap over the front, I was making up the pattern on the fly and I forgot to account for the width to cover the top of the bag, before tapering to the point.  so the flap doesn't entirely cover the bag opening.  Oh well it'll still work ok. I put a zipper pocket inside the bag to keep any valuables in at least. 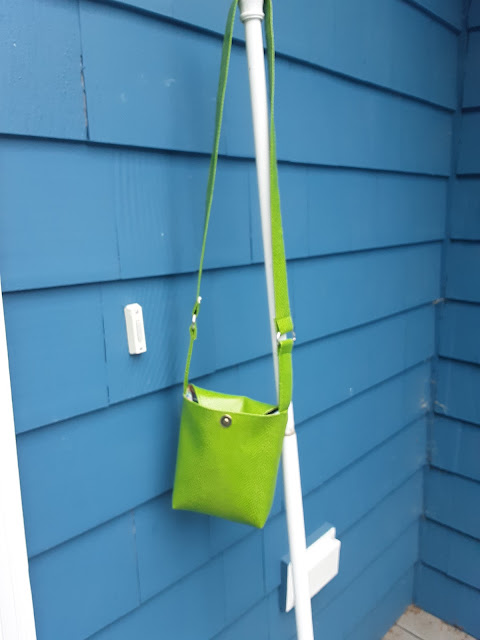 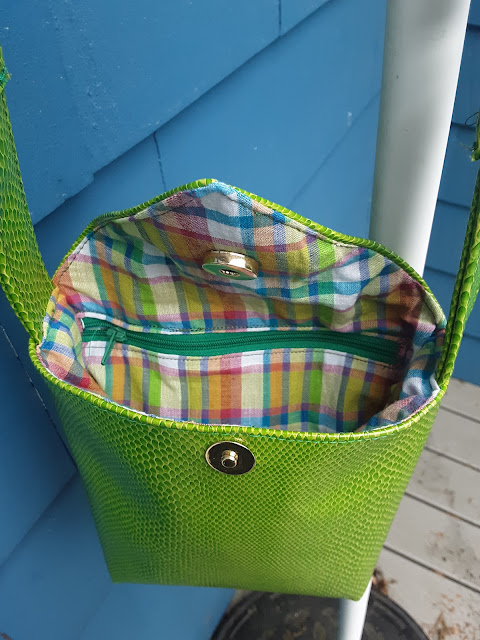 Well this post is well over due - I'm finding it hard to take photos of my makes now that the remote doesn't work on my good camera...plus in this case, there is that pesky problem of I couldn't post photos till after the pattern was launched. 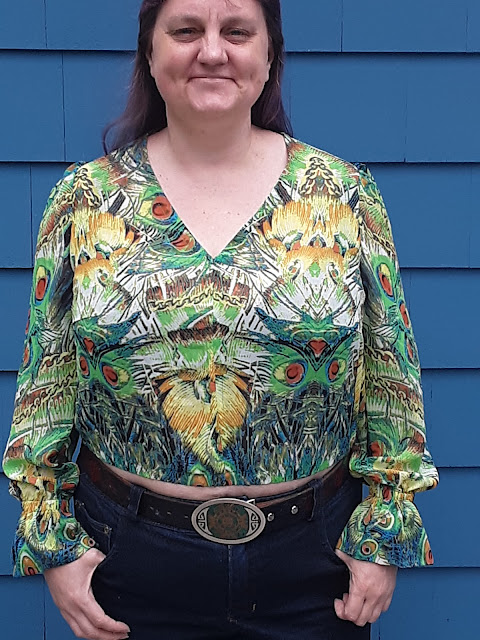 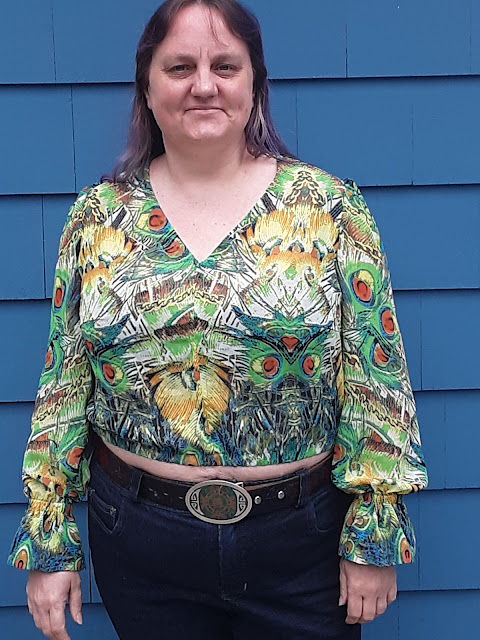 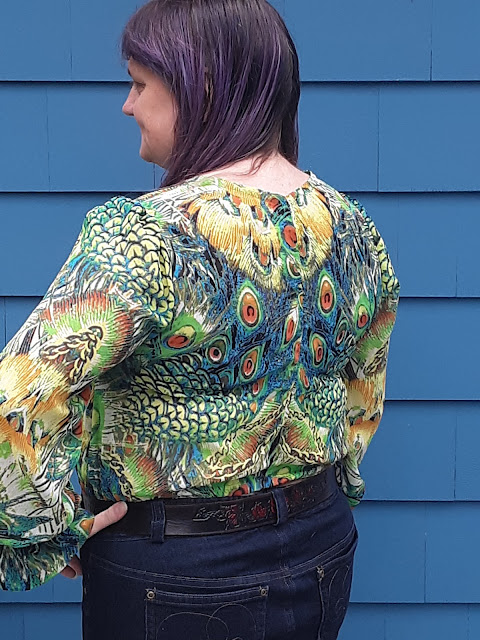 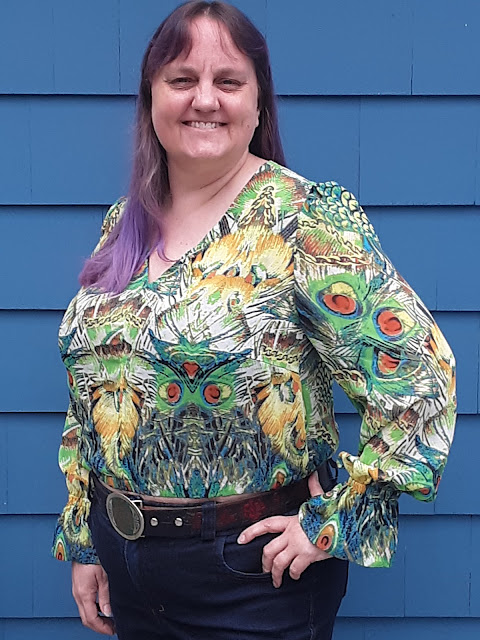 This is the top version of the Cashmerette Kineton dress. To make this I lengthened the top pieces of the pattern  by 2" , left off the skirt and just finished the bottom of the skirt by turning the lower edge up twice at 1/2" each and threaded 1/2" elastic through the resulting channel.

The fabric for this top is my favourite part.  Its a beautiful peacock chiffon fabric.  I didn't know what I was going to make out of it when I bought it, I just knew I needed it.  Then when this pattern rolled around I knew it'd match the pattern beautifully, but also that I'd never wear it as a dress, so I decided to make it shirt length instead.

Unfortunately it didn't quite turn out as planned.  I have no issue with the cropped length as shown, but when I wear it, the bottom band creeps upwards to settle at my smallest part, right under my boobs, and that is not a good look.  So I really only wear it if I'm willing to continue tugging it down the entire time - which is never.  I'm actually contemplating add the skirt to it as at this point I think the dress would get more wear than the top does.  Such as shame as I love the neckline and sleeves of this pattern and I love the fabric....

SoleCrafts
Welcome - I'm Jenny - an Engineer with a passion for making. I love to create things - whether it's sewing apparel, bags or accessories, knitting, crocheting, embroidery. You name it - I'll try it! I started this blog as a way to keep a track of all what I'm making and how.