The last time I went to the fabric store (before this whole self isolation thing began) I had to take my kids with me so I bribed them by offering them each a piece of fabric of their choosing.

Both kids have grown out of their going out clothes again - we really only wear them a couple of times a year so they don't get much wear before I have to replace them, so I figured that they could each choose a piece of fabric and I would make them a button up shirt.

My daughter chose this cotton with yellow polkadots all over it interspersed with rolled up hedgehogs (she's had a thing for Sonic the hedgehog for over a year now so anything hedgehog related is a big yes). 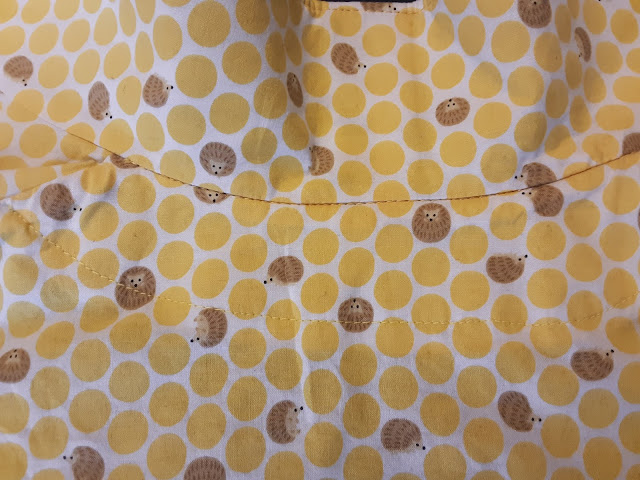 To make this into a shirt I pulled out an old New Look Pattern 6598.  This must have been the first pattern I ever bought for myself after moving out of home.  I remember that I didn't have a sewing machine so I sewed it entirely be hand - even the button holes!

I measured my daughter and according to the back of the envelope she was a 12 bust, 16 waist and 14 hips. Based on some quick measurements of the pattern I decided to cut a straight size 12. 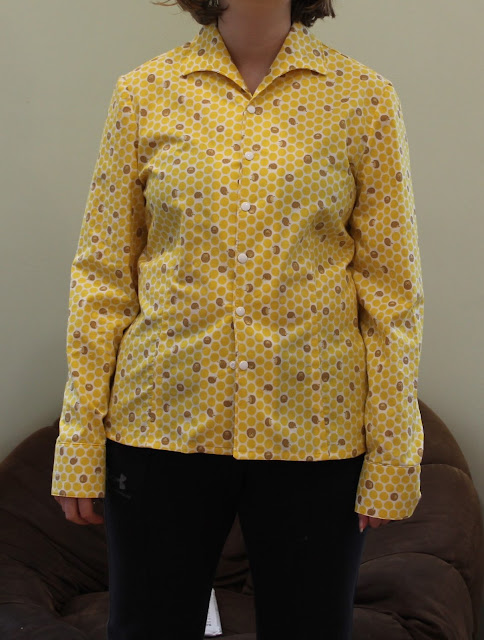 L requested the long sleeve version of the shirt, but when I looked at it closely this pattern has no cuffs on the long sleeve.  I wasn't sure how that would work - you couldn't roll them up at all and that would be so annoying, so I cut about 2" off the length of the sleeve and added the cuff and placket from my basic woven long sleeve top. 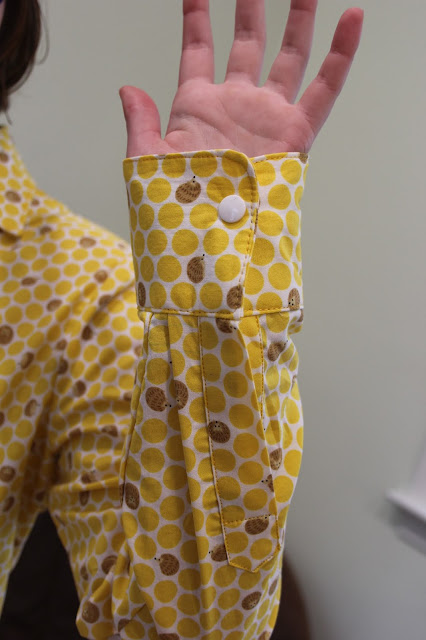 The sleeves are a tad too long, but I prefer that over too short, and so does L.

We also left off the tie at the back - I cut it out and was planning on putting it in, but then I went ahead and sewed the darts without them and she said she didn't want them anyway so we left them off. 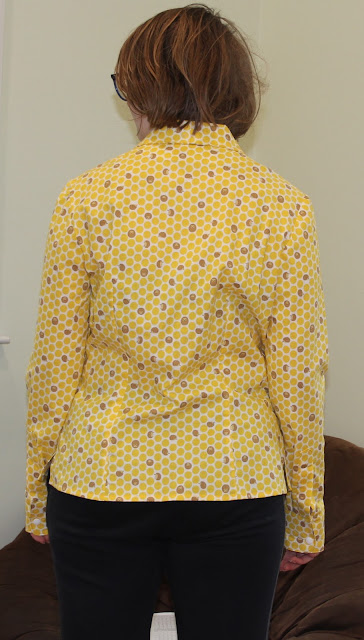 There are definitely a few fitting issues here - I should definitely have graded out to at least a 14 or 16 at the hips.

I found the instructions included in this pattern very hard to follow, especially around the collar region, if I didn't know basically how it should go together I'm not sure I would have been able to figure it out to tell the truth.  But I managed to muddle through.  I quite like the way the collar sits but I did top stitch down the back facing to get it to sit nicely. 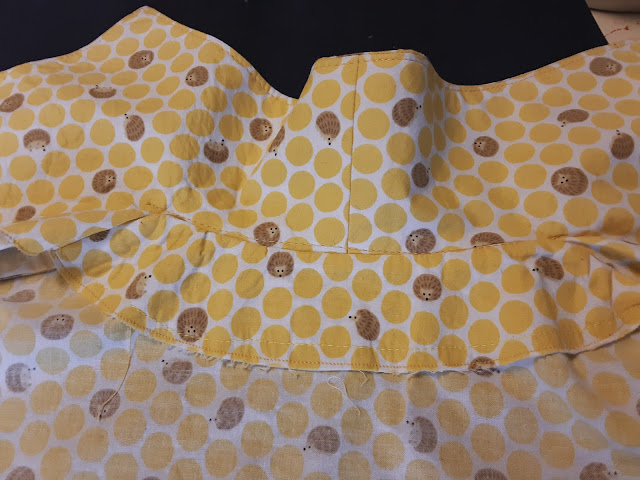 I chose not to finish the edge of the facing as I didn't want those edges getting too bulky.  Instead I just ran a line of straight stitched about 1/8"away from the edge and am relying on the iron on interfacing to minimise the fraying.

I did however go all out on the hem choosing to mitre my corners at the side split.  I also did french seams on all internal seams. 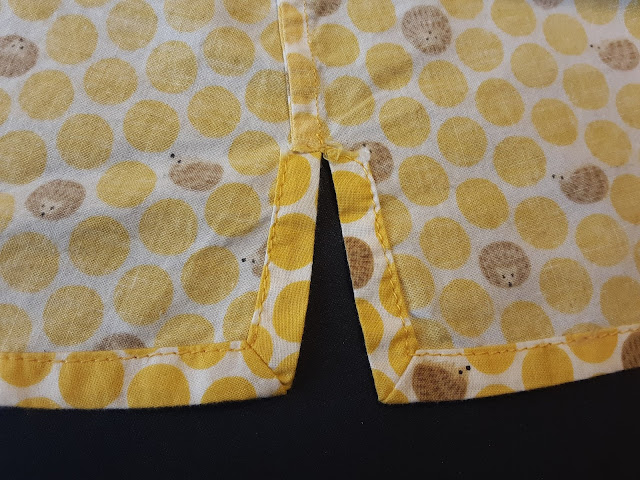 The only other issue occurred when I was putting in the snaps.  She decided that she would prefer snaps rather than buttons (just like her mother) but I realised that I only had just enough white snaps to do 6 down the front and one on each sleeve.  As I installed the very last snap I realised that rather than a male and a female the last snap was two males - there were no other options so I just left it, but I'll have to go back and change it when I get around to buying more snaps - not sure when that will be at the moment. 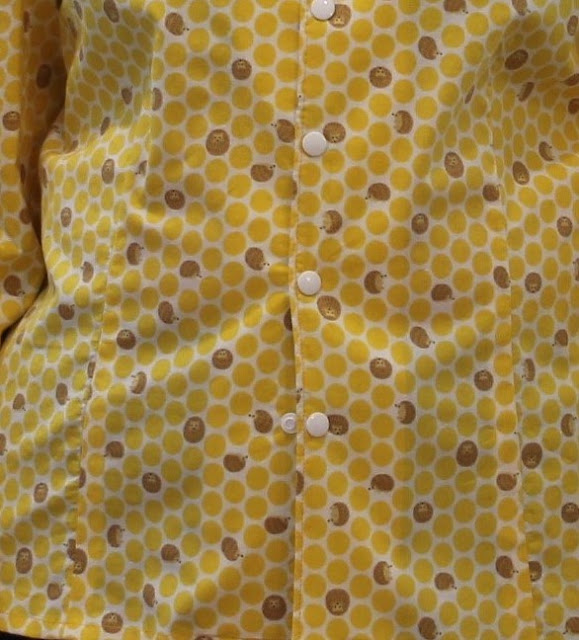 This shirt will probably never have a chance to be worn outside the house before she grows out of it  - It turned out quite a bit more fitted than I had originally planned - but oh well!
No comments:

SoleCrafts
I'm a stay at home mum to two great kids and in my down time - when I get any - I like to sew, knit and crochet.